“Speaking your truth is the most powerful tool we all have”  – Oprah Winfrey, Golden Globe Awards, 2018

Oprah Winfrey is one of many well known celebrities who have survived rape or sexual assault. Gabrielle Union, Lady Gaga, Shia LaBeouf, Tyler Perry, and the list goes on. These are people who we know, who we watch on television, who we look up to and glorify. Because of this, we often fail to realize that they are human like the rest of us and encounter the same kind of problems we do.

Consent, or permission, is a topic that affects everyone and therefore is a topic that should matter to everyone. Whether you’re an average citizen working a 9-5 or a three time Oscar award winning movie star, sexual assault can happen to anyone. According to RAINN, the nation’s largest anti-sexual violence organization, an American is sexually assaulted every 98 seconds.

Just like anyone can experience sexual assault, there is no exception to who can be an assailant. Harvey Weinstein, Kevin Spacey, and Steven Seagal are all well known and accomplished entertainers and what do they all have in common? Each one of them was accused of rape, sexual assault, or sexaul harassment. This goes to show that not only can anyone fall victim to sexual assault, but that anyone–no matter how wealthy, well known, or accomplished–can be ignorant to basic laws of consent.

In celebrity-focused movements, many groups are often overlooked and neglected. The LGBTQ community, undocumented immigrants, and people with disabilities are just a few of the groups that regularly struggle with issues of consent. Many people, especially in the LGBTQ community, don’t even know or realize when sexual assault occurs. Even when it is obvious, fear keeps victims from coming forward as often as they should. On the most extreme end, the Huffington Post reports that 64% of Trans people will experience sexual assault in their lifetime. Unfortunately, sexuality is not the only indicator of unreported sexual abuse.

People with disabilities face many of these same difficult decisions. The disabled population is victimized at a higher rate than the rest of the population because the perpetrators can sometimes be caretakers.  Crimes often go unreported because it is extremely difficult to report those in power 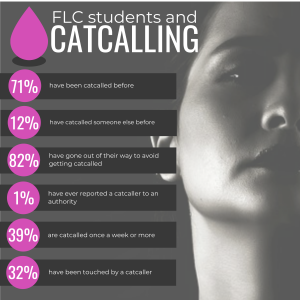 Black women are no strangers to powerlessness. “The most disrespected woman in America, is the black woman. The most unprotected person in America, is the black woman. The most neglected person in America, is the black women.” These words were spoken by Malcolm X, one of the most respected men in the black community. Yet, years after these words were spoken, the disrespect, the lack of protection, and the overall negligence continues. On average, 20% more women of color are harrassed in the work environment compared to white women. Black woman go through so much that sexual assault is not a pressing issue on the list of problems. Manya Whitaker, PhD, is a developmental educational psychologist who argues that “women of color have been demoralized, browbeaten and run over so much that we sometimes do not give ourselves the space that we need to fall apart…What we go through on a day-to-day basis is unconscionable to people who do not live at the intersection of gender, race, class and religion. But to us, it is just another day.” Sexual assault runs so deep in the black community that it is rarely talked about.

It is because sexual assault runs so deep in all of these communities that we need better education around consent. More than just a buzzword, consent is permission–a deeply important part of almost every aspect of our lives. Even the most simple actions can become problematic when we don’t have permission to do them.

Megan Thomas, communications specialist from the National Sexual Violence Resource Center, says that “making consent education a more widely discussed topic…would help kids and young adults grow up with a healthy understanding of consent.” She recommends starting this education early to “teach children about respecting their peer’s boundaries. This education could continue and deepen as students grow up to include discussions about sexuality and healthy relationships.”

Consent education should begin early and does not initially need to address situations of sexual violence. As an example, consent is needed when a child is playing with a toy and that toy is suddenly taken by a bully. The child did not say no to the bully taking their toy, but he takes it anyway, and now they are toyless and sad. Consent is needed here. Also, when a woman is getting her hair cut, and as the hairstylist trims shorter than her desired cut, she does not have a chance to give consent and now she has an undesired haircut. There are an endless amount of situations in which consent is needed and could have helped.

As much as ignorance can be bliss, it can also be dangerous to be too naive, especially about consent. We start off with small lessons we learn from our parents as kids and that evolves into how we treat and react to problems of consent. The “ask before you can touch” technique is simple yet effective because it evolves through age. Asking before touching others’ possessions becomes an asking before we touch another human being. Life revolves around consent.

Nowhere is this more true for FLC students than on their way to school. 71% of students at FLC have experienced being catcalled. With a majority of students getting catcalled this has become a part of their life. It gets to the point where they go out of their way to avoid getting these side comments that can be rude and offensive. About 82% of survey takers say that they go  to extreme measures to avoid confronting catcallers. The saddest part of all this is that only 1% of FLC students have ever reported this to the authorities. It’s become so normalized that we don’t see the need to report these violations.

Ignorance is a prime component in several cases of sexual assault. Not every case is as clear-cut as a victim saying “no” and and an assailant disregarding that person’s choice. People are often misinformed and don’t understand how and when certain rules apply. Whether it be because of how they were raised, where they live, or how old they are, too many people don’t fully understand how consent works. One would be surprised with how many people believe that once two people are in a relationship consent is no longer necessary. Everyone needs to be taught that no means no, whether it’s coming from a stranger, a friend, or even a partner. Everyone deserves the right to have that choice, and to have that choice respected. This is a problem that has one ultimate solution to reach the most people, proper Sexual Education. Too many kids are being inadequately taught about consent and some are not being taught about the topic at all. So many assaults and misunderstandings between partners could be prevented if schools implemented decent Sex Ed curriculums and enforced them to be taught.

Our district’s Health class curriculum includes 2 topics: Sexuality and Healthy Relationships. It also includes 22 subtopics, none of which are consent. Consent is something that should not only be taught at home but at school. Catherine Khella, a biology teacher at FLC, thinks it is important for consent to “be taught in health class in its own dedicated class.” She also believes “schools can do a better job of creating a safe place for students to report issues of sexual harassment or abuse.” A problem that is so deeply rooted in society should be nipped in the bud before it has a chance to develop into something more significant.

The greatest weapon against ignorance is education and knowledge. Teaching kids at a young age about what proper consent and what healthy relationships looks like will produce well-rounded individuals in their later years. Individuals who respect others’ choices. Schools need to make it their responsibility to start the conversation about consent and give students a space where they can speak freely on the topic. Everyone should feel comfortable and empowered to talk about consent and too many, even at FLC, are either disadvantaged or being left out of the conversation.

Authors: The Flash Editorial Board

Supervised Injection Sites: Will they be a safe-haven or a dwelling...