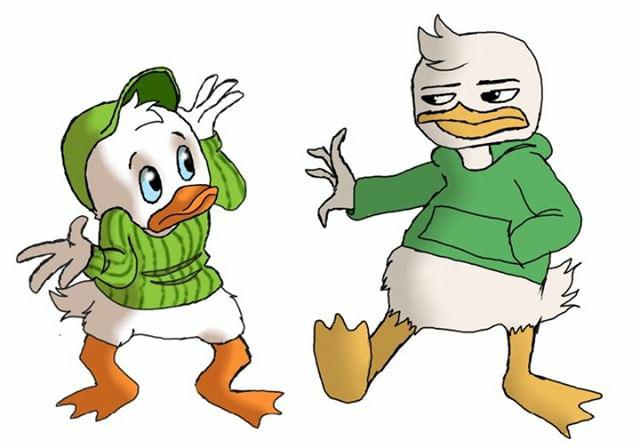 Who doesn’t love action packed shows like “9-1-1” or shows that mess with your heart like “This is Us”? With the start of a series comes the inevitable end. When it’s over we say good-bye to the last new episode and hello to binge watching. But over the past months, when you turn on your tv, go on streaming sites or, go watch a film at the cinema it all feels and looks the same; that’s because it is.There has been an increase in the shows and movies that are being rebooted or remade. This always causes mixed feelings. How will beloved characters return? How will it be different? Will it continue to have its charm?

“Ducktales” (1987) a cartoon about the adventures of Scrooge McDuck and his nephews had a successful run until it ended in 1990. Years later in 2017 Disney Channel aired a new version of “Ducktales” (2017) which has become equally a success as it’s been renewed for a third season.

Netflix brought back “She-Ra” which aired in 2018, with a new take of 1983 “She-Ra”. They took the same characters and gave them a much more cartoonish look verses the original which was more realistic. They also downed the stakes making some of the “big-bad’s” from the original seem like less of a treat. However, with all these major changes the story has taken an new turn, making Netflix’s  “She-Ra” just as rewarding as the original.

However, not all reboots have found victory. The classic science fiction series “The X-Files” has been running since 1993. The series was rebooted in 2016 and stared the same year. At first it was meet with high-ratings,  yet it all died down as episodes released. This unfortunate ending destroyed the series for many fans.

These aren’t the only shows that have been rebooted or remade. Nor will they be the last. All we can hope for as viewers is that they create justice to the originals. Or at least make it better than the original. If nothing else at least give it a new take worth giving.

Captain Marvel: Was It Really Worth the Wait?F