Tumbling down a spiral of drug abuse, opioid users may find themselves at a dead end when it comes to recovery. With treatment and withdrawals disguised as obstacles in their eye, it only becomes easier for them to return to the old, familiar ways every time help comes around. Such matters usually call for traditional methods towards recovery, but modern times have birthed modern solutions. One proposal in particular sticks out for its irony in tackling the issue: supervised substance injection sites.

In recent years, public health advisers have leaned towards opening up these “needle exchange” sites across the nation to combat the backdrop of opioids. These facilities offer a hygienic space for users to inject drugs they already possess while being under the supervision of trained medical staff. Although the intentions behind the sites come from a desperation to prevent further misuse, this isn’t the creative solution we need in order to solve the opioid crisis.

Here in Philadelphia, a rampant drug problem has left many with serious concerns. The city has one of the highest opioid death rates in any large cities nationwide, which is why these needle exchange sites are being pushed to launch. Kensington neighborhood is victim to the most frequent and massive use of substance in the entire city, state, and possibly country. A concentration in the drug epidemic here has since gained the attention of the public. Upon hearing this, community health leaders took it upon themselves to collaborate with Safehouse, a nonprofit organization fighting to open injection sites, and a committee of specialized advisors in response to the rising drug addiction. Ronda Goldfein, the vice president of Safehouse, admits that they are in negotiations to operate the facilities. Their goal is to spread sites across the city where drug users can take them under medical supervision in order to prevent overdose.

It is well understood that addiction doesn’t discriminate when it comes to whom it may affect, nor does it show mercy when users are on the brink of overdosing. The proof is in the stagnant death rates in areas concentrated with drugs. But if it comes down to heavy addiction, no lives will be saved by legally permitting people to take the same drugs killing them in an environment that’ll supposedly prevent more death. Even if there were trained professionals bringing them “back to life”, this act of revival will only urge users to fall back into an unhealthy cycle of going back-and-forth between substance abuse and coming clean. In fact, some might be discouraged from undergoing proper treatment and encouraged to undermine any effort in curbing the use of illicit drugs. Nothing is safe about any of these “safe” injection sites. At the very least, they are essentially saying that it’s completely fine to inject illicit drugs into your body until you nearly OD, as long as there’s someone around to have you up and running again. The gravity behind this message will do more harm and is the exact opposite of what these medical practitioners have sworn to do.

Members working for these facilities claim to save lives by preventing overdoses, and while that may be true to an extent, very little evidence backs up their claim to gateway a decline in substance abuse. How effective are the treatment and services offered, really? Say someone was to come close to overdosing, will they face any repercussions once they’re brought back? Many questions start to rise when loopholes and loose strings are found in what’s promised. Not to mention, the normalization of drug use will be a major consequence in founding such establishments for the sake of reducing harm. There’s no denying the impact safe injection sites have had in preventing OD deaths, but it has yet to leave the same prints on decreasing drug use. It makes no sense to allow these facilities to grow in any city, let alone Philadelphia. We shouldn’t watch our brothers die in the city of brotherly love, but pulling strings to play God in this case won’t lower the rates of the drug abuse that’s actually killing them.

Additionally, fostering an environment that accepts illegal substance use is blatant disregard for the laws which made the call to not legalize it in the first place. Despite not providing users with any substance of the kind, needle exchange sites permit them to bring in some that are in their possession already. As we all know, consuming and possessing drugs happens to be illegal, which makes it all the more a nightmare for organizations to have legislators even consider their proposals to open up a site. So for a safe injection site to be funded and running with federal support, knowing their indifference to their consumers bringing their own resources, it doesn’t paint a particularly nice image for the importance of these regulations against drugs. This lack of legal consequences will pose more risks and not remedies to society. Opening public facilities associated with injecting drugs challenges the issued policies regarding substance abuse and the trust people have placed in federal authority.

If it has to do with safety, advocates rooting for the safe injection sites will argue that these facilities take into consideration the health of addicts, yet the safety of surrounding communities have not been the conversation starter for them. Once they have left the injection facilities, it’s undetermined what other problems the drug users might prompt in the neighborhood. Who would be held responsible had this situation began? If these facilities become commonplace and harmful consequences follow, it is unclear how successful damage control will be. In an attempt to “save lives”, the emphasis on that phrase ignores the countless uncertainties and possible harm related to these facilitations. Thus, as mentioned before, there is nothing safe about “safe” injection sites.

We shouldn’t watch our brothers die in the City of Brotherly Love, but playing God won’t bring back the person we once knew. 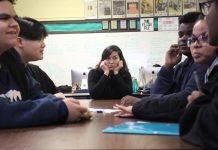