Recently the school district of Philadelphia paid a visit to SLA-Ben Franklin to conduct a series of tests for asbestos. SLA and Ben Franklin were able to receive these tests because of their parents’ part in the active protest.

Jason Todd, a teacher from SLA, mentioned, “It takes a coordinated effort on the part of like students and teachers and family members really like all the school stakeholders to work together.”

While there are other actions that schools can take in order to get the same treatment, getting the parents involved is the most effective. Convincing our guardians to be involved is vital because the school district has shown that they will only listen to them, seeing as they didn’t take action until after the parents at SLA-Ben Franklin started protesting.

Many FLC students wonder what it’s going to take for us to get the help that we need when it comes to prevalent issues. The answer is simple: tell your parents about what’s going on.

Parents need to be informed and ready to take action. We already know that the students and teachers are fighting, but where are the parents’ share of advocating?

Angelique Torres, a parent of an SLA student, said, “My advice to parents facing similar issues is to never stop asking questions. Advocate relentlessly for your children. Request or demand facts from the school and the district.”

A crucial piece of the puzzle that’s missing from FLC is parent involvement. The students at FLC should be informing their parents and their parents should be worried for their children. While it is not only the parents fault since they wouldn’t know about any of this unless they are told, it would be more beneficial for all parties if they held more interest in their child’s life.

Torres also added on, “Asking questions and listening to your child or student is the best advice I could give a parent and caregiver.”

Students shouldn’t be the only connection between their parents and the school. Parents should be asking questions instead of waiting until something happens or until their child decides to speak up. In order for our school to get the help we need, our parents must have our backs. The school district will only listen if we get our parents involved.

To the parents of FLC students, start talking about this. Post about it. Complain about it. Write emails. Make phone calls. Visit the School District building. Do whatever it takes to make your voice heard. Your children’s safety is on the line right now and it’s not worth the risk to sit by and do nothing. 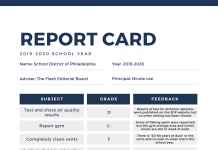 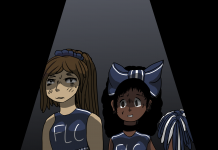 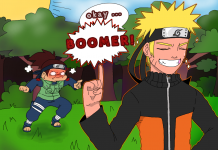 Why We Should Walk Out