Here at FLC, a similar scenario played out earlier this year with a false fire alarm. While it was ringing, some students and staff disregarded it, while others mistook it for an intended drill and began exiting the building. Seconds later, it stopped and Principal Nicole Lee explained that it went off accidentally and that no real threat was imposed on the school. Although it was fixed and no one was endangered, this accident, if repeated, could lead students and staff to distrust the credibility of FLC’s alarm system.

The biggest problem with a false fire alarm is knowing whether the alarm signals an actual emergency or just a technical difficulty. Lizbeth Castillo (‘21) explains that whenever an alarm goes off, she “thinks of a false alarm” and that students “believe the alarm is fake.” History teacher Amy Lee admits that even she questions whether the alarms “are real or not.” While the alarm is ringing, she wonders if she should just “stay in the classroom.” Eventually, students and staff may no longer trust alerts in real times of danger. Those involved in such situations can become desensitized to them, rather than prepared for them. 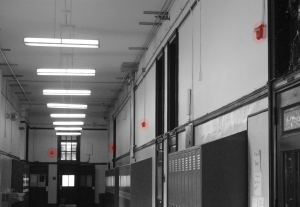 Like all schools in the School District of Philadelphia, FLC practices monthly planned fire drills, but every so often the fire alarm surprises even the administration. There have been instances where students have pulled the alarms but Principal Nicole Lee admits “more times than not, when I say ‘do not exit the classroom’ it’s because the heat has caused the alarm to go off.”

Until FLC installs a new heating system, Principal Lee trusts the school community to respond promptly and be “where they need to be…recognizing that we don’t become hysterical when there is a fire alarm.”

Principal Lee is right. Students and staff need to treat alarms like the real thing. That means following posted procedures and exiting the building calmly and quickly, whether the alarms are planned or not.