On November 12, immigrants camped outside of the Supreme Court awaiting news of what was to happen with the Deferred Action for Childhood Arrivals (DACA) program.

DACA also referred to the Dreamers Act, a program that former President Barack Obama put in place in 2012 that provides protection from deportation to immigrants who came to the United States when they were children. DACA also allows them to receive work permits.

The Trump administration announced in 2017 that the DACA program was ending, causing a series of lawsuits in U.S. district courts. According to President Donald Trump’s attorney general, William Barr, the program is “illegal” and “unconstitutional.”

The Supreme Court has yet to make a decision and won’t be expected to do so until June 2020. DACA recipients can continue to submit applications to renew their deferred action until the decision is announced. In the meantime, the future of thousands of immigrants across the country remains uncertain. 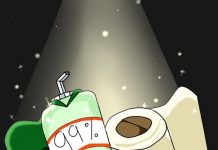 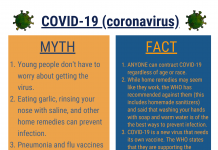 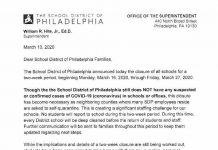 Last night, all FLC students received an email survey about their home technology and internet needs. Please check your https://t.co/cI1sE72RPG account and complete the survey today to be sure the district knows what you need.

With so many people talking about coronavirus safety, it’s important to be able to tell the difference between myths and facts. The Flash is here to help with truth about some popular misconceptions. Let us know about other ideas you’d like us to investigate. 🎨: Ace Ludwig

UPDATE: Secretary of Ed. Rivera says Pa. WILL apply for a waiver on standardized tests if federal government makes it available. Strongest sign yet that state could delay or cancel PSSA exams and Keystone Exams this year.